I miss you guys heaps,I hope you guys are learning because I am. I have been learning heaps of

hard maths questions,spelling and doing projects. The books I am reading are Nancy Drew. I learned 40 words this week,some of them were hard like frequency,courageous,extinguish and emphasise. The words that were easy were encyclopedia, couterfeit, carbohydrate, advertisement, enthusiasm and more. The project I am working on is about countries like France,Singapore,Italy and Switzerland. I know nearly every capital of every country here are some.

South Africa which has three capitals

If you would like to ask me what are more countries I might know them,I miss you guys heaps.

TeresaXxXOoO
Posted by Room 15 Pt England School at 3:27 AM 1 comment: 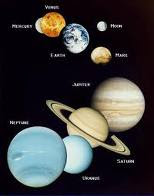 I have been doing a project on planets. Mars is the smallest planet of these four (mecury, earth, venus and mars) and earth is the biggest. Mercury is difficult to study from earth. Mercury is closest to sun and pluto is the furtheist away from teh sun. My favourite planets are mars, jupiter and neptune. Mercury is not visible for long, mercury rotates very slowly it takes almost fifty nine earth days for it to spin on its axis. The intense sunlight takes the daylight side of mercury and sends the temperature soaring to 800 degrees farenheit.

The Sun
The sun is a glowing ball its very, very hot gas. The sun is about 99.9% of all the material in the solar system. The equator of the sun rotates once every twenty-five earth days. This ball is 71% hydrogen and 27% helium and is held together by its own gravity. It is kept from collapsing by the pressure exerted by the hot gas. At the sun's center, the temperature reaches over 27 million degress fahrenheit and the pressure is huge. Our sun has been hining for 4.5 billion years.

Venus
Venus is the brightest object in the night sky. Venus looks like a pale yellow featureless disk. Venus is sometimes called Earths sister. Venus is hotter than Mercury the closest planet to the sun. Named after the Roman goddess of love and beauty, diameter is 7,520 miles and the temperature averages 870F. Venus is sometimes called Earths sister because they are almost the same size. The temperature on venus is more than four times hotter than boiling water. The air is poison! And its so thick and heavy that a human being would be crushed before he or she even tried to breathe it. Venus is the easiest planet to find in the sky. It looks like a big star that shines brightest just after sunset or just before dawn.

Earth
The name comes from the Anglo saxon word meaning "land". Its diameter is 7,92 miles and the temperature is between 129F and 136F. Earth looks like a beautiful blue and white marble. Teh white is from the clouds that swirl around our planet. The blue is from the water that covers two thirds of earths surface. The heat inside earth sometimes causes volcanoes and earthquakes. Many astronomers think earths water came from a storm of icy comets that hit earth when it was forming.

The Moon
Also called Luna, after the twin sister of the Roman sun god. Its diameter is 2,155 miles and the temperature is between 300F to 260F. The moon is about 240,000 miles from Earth. The moon's gravity is much weaker than Earths. If you weigh 60 pounds on Earth, you would only weight 10 pounds on the moon that means you could jump really high. The surface of the moon is gray and rocky. Since there's no wind or rain, footprints in the moon's dust will last forever. There is no water, air or wind. There is a layer of dust over everything and there is no atmosphere on the moon.

Mars
Named for the roman god of war and the diameter is 4,218 miles and temperature is 190F to 90F. Mars is the planet that is most like earth. Mras has mountains, deserts and volcanoes. Its year has seasons like our year. A day on mars is about the same length as a day on earth. Still, Mars is very different from Earth. There is almost no oxygen in the air, so humans couldn't breathe. There is no rain, so it is always dry and dusty. Dust in the thin air makes the mars sky look pink instead of blue. Mars also has two moons! The moons are tiny, the bigger one is only 16 miles across. And they're not round they're shaped like potatoes. Mars is sometimes called the red planet because the soil on mars is full of red rust.

Jupiter
The temperature averages 240F and the diameter is 88,846 miles. Jupiter has 28 moons. Jupiter is the biggest planet in the solar system. Its twice as big as all the other planets put together. Jupiter is called a "gas giant" planet because theres no solid ground anywhere. It is a gigantic ball of gas with a hot liquid center. Jupiter is covered with white, blue and brown stripes. There is also a big red spot on Jupiter thats more than twice as big as earth. The spot is a storm that has been raging for over 300 years.

Saturn
Saturn has more moons than any other planet. Astronomers think there are at least 30. Like Jupiter, Saturn is a giant gas ball. One year on Saturn equals 30 years on earth. Saturn moves very slowly around the sun. Saturn is called the ringed planet. All the gas giant planets have rings but saturns is much, much bigger. Saturns rings are made of pieces of ice and rock that orbit the planet. Some astronomers think they were made by comets crossing into some of Saturns inner moons and smashing them into pieces.

Uranus
The temperature averages 350F and the diameter is 31,760 miles. Uranus is a cold planet. Uranus has rings as well as saturn. Its rings are made of ice and rock like Saturns. They are much smaller. The most unusual thing about Uranus is how it spins as it travels around the sun. Astronomers think Uranus might have been knocked sideways by a comet or asteroid billions of years ago. Instead of spinning like a top as it orbits, it rolls like a bowling ball because of Uranus's unusual spin, a night on uranus can last for 42 Earth years.
Neptune
The temperature averages 30F and the diameter is 30,755 miles. Neptune is very similar to Uranus. Its about the same size. Its very cold. It has several rings, there are some differences about Neptune cause it looks blue not green. That is because the atmosphere is made of different kinds of gases. Neptune has much wilder weather than Uranus. There are storms on Neptune with winds over 1,000 miles per hour, thats ten times faster than the winds in a hurricane on earth! Neptune has eight moons. One of Neptune's moons orbits backward! Its the only moon in the solar system that orbits in the opposite direction of its planet.

Pluto
The temperature averages 390F and the diameter is 1,485 miles. Pluto is so far from Earth that astronomers don't know very much about it. It is always dark and cold. Its also tiny, it is smaller than Earth's moon. Many astronomers today think Pluto shouldn't be called a planet, they think its more like a large icy comet. Pluto's moon charon is almost as big as Pluto itself.

This book is about a boy named Stink . One day hisfreinds and him made a wall with cereal boxes.Stink was worried because the boxes were shaking. He and his friends looked through the boxes and there were three guinea pigs, Stink named his Astro and his friends named there's Oreo. There was a pet store next to Stinks house ,they went and a whole lot of guinea pigs were running around. Altogether there were 101 . Stink and his friends tried to stop them from running. The next day Sophie, Webster and Stink went around streets selling guinea pigs. Alot of people did'nt want them but one (1) man asked for 50. At the end of the day they had sold them all. Stink and his friends got to keep one. Stink and his friends fed them really good,they fed them broccoli apples and carrots.
Posted by Room 15 Pt England School at 10:46 AM 1 comment:

My Trip to Niagara Falls, Boston and New York 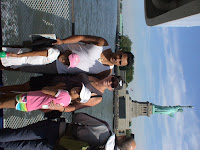 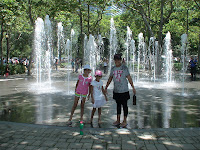 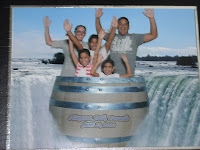 On the weekend I went to a different country, Canada. It was so cool, we went to Niagara Falls. We hopped on a boat right under the bottom and went right under the falls. It was cool at night because the falls glow with yellow, blue, purple and more. The next day we drove to Boston it was very long, but we still go there. Boston is very much like New Zealand. After looking at Boston the next day after we went to New York again. New York was a really cool city. The next morning I was in a dream I thought the noise was in it but it was the alarm clock. That day we got on another boat and went to see the Statue of Libery, she didn't look that big. It was really really fun. What have you guys been doing? Hope you're having fun. Teresa.

Our pool has been open for 1 week now. I have been practicing my swimming and when I go back to New Zealand I'm going to be so fast because I go up to the pool everyday. I go up once in the morning and once in the afternoon. I do freestyle, backstroke and I sometimes do breathstroke. I can't do butterfly because its too hard for me. If you want to see my fast swimming, I have a video for you.

My trip around New York and Philadelphia 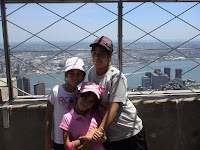 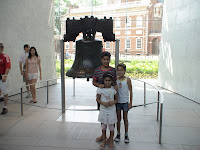 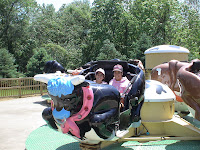 To Miss Squires and room 15
We have not been in touch lately. I am telling you a little bit about my day at Six Flags (theme park). It was really fund and also really cold. The ride I liked was the cows, they go round in circles.
What have you guys been learning/doing? How has Litia, Rita, Vivienne and Oshania been in their netball games.
I went to Philadelphia and saw the real Liberty Bell. I also went to New York to go up the Empire State Building. We went to the top and saw a view of New York. We all saw the Statue of Liberty, New York is a big city.
I am looking forward to hearing how you guys have been. Hope you keep in touch.
From Teresa
I miss you heaps
I Y Philli/Philadelphia
I really Y NYC
Posted by Room 15 Pt England School at 5:13 AM 5 comments: 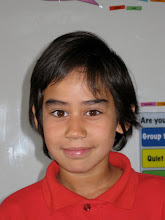 Hi my name is Teresa and I am 9 years old. I am a year 5. My Birthday is in August. My best friends are Litia and Lola. My teacher's name is Ms Squires, she is a very helpful teacher.
I have seven girls and two boys in my family. My favourite sports are rugby, soccer, athletics, touch, cricket and basketball.